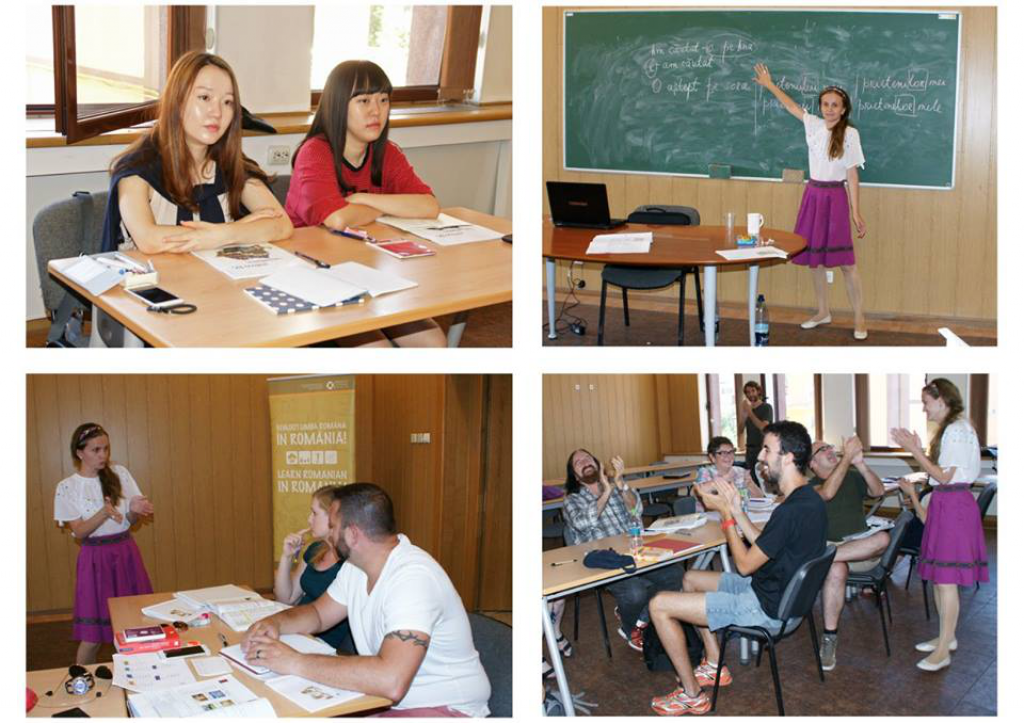 If you want to study Romanian for your business, for your job or for fun, the language courses given by the Romanian Cultural Institute are the right choice! We plan on offering you the opportunity to travel and discover, step by step, the mysteries revolving around one of the roman(t)ic languages.

Courses for beginners, intermediate and advanced learners *(based upon the regulations and principles issued by the Common European Framework of Reference for Languages: Learning, Teaching, Assessment) are available for all the series! In order to assess the level of Romanian correspondent to the enrolled candidates, an initial placement test will be taken by the prospective students (via e-mail). According to the results of the evaluation, the study groups will be assembled for the beginner level (A2), intermediate (B1, B2) and advanced (C1, C2) levels.

Please note that the participants not familiarized with the Romanian language, thus corresponding to the A1 level, will not be submitted to a placement test.

Duration of one module: 40 hours of study

The study groups comprise 8 up to 12 students. In order to be able to set up a study group for each of the levels indicated above, we need to have a minimum of 5 students enrolled per group.

Regular courses consist of two hours of study/twice a week.

Private courses (are pre-established by mutual agreement with the persons choosing this option).

All of the aforementioned courses will take place in the three classrooms within the ground floor of the Romanian Cultural Institute. The address of the RCI's new building is 21-23 Biserica Amzei Street, Bucharest.

Applications must be submitted to the following e-mail address limbaromana@icr.ro with a cc to ana.borca@icr.ro or in hard-copy, at the headquarters of the Institute (21-23 Biserica Amzei Street, Bucharest).

Please find attached the application form below (scroll down).

Payment conditions: The payment must be confirmed to the Romanian Cultural Institute prior to the aforementioned deadlines of the application procedures. Please make sure to explicitly write your full name and the designated address for the receipt/bill on all the documents related to the bank transfer process. Note that all supplementary bank charges fall under the responsibility of the applicants.

Conditions for the withdrawal from the course:

• If you inform the ICR team in writing, before the course starts, we will be able to refund you the course fee, minus an administrative charge of 10%.

• If you inform the ICR team in writing, during the first week of the course, you will get a credit report and will be reimbursed for the costs of the remaining unattended classes minus 25% of this amount, charged as administrative costs.

• No credits are reimbursed after the ending of the first week.

The Romanian Cultural Institute does not assume responsibility for granting visas in the case of the non-EU citizens that apply for a visa in order to participate to the Romanian Language Classes in Bucharest. Moreover, the Institute does not have the obligation of providing accommodation in Bucharest for the foreign participants that do not reside in Romania, during their stay for the courses, this task falling under the applicants' personal concern.

Ana Borca (born in 1973) is a graduate of the Faculty of Roman-Germanic Philology as of 1995, holding a PhD in Philology since 2001, with a paper presented at the Faculty of Letters at the University of Bucharest. In January 2011 (25-29) she took up a specialized course in teaching Romanian as a foreign language, organized by the Institute for the Romanian Language as a European Language and the Babeş-Bolyai University in Cluj-Napoca. Raised and educated in the historical Maramureş, Ana has a previous experience in Romania, working as a journalist, and now she is a specialist in teaching Romanian without using any other language, by emerging the students in a „linguistic bath". A former journalist, she also taught Romanian Language at the Eudoxiu Hurmuzachi Institute (Center) for the Romanians Living Abroad and she has been teaching Romanian for foreigners for 10 years now. Presently she coordinates the Language Courses Program at the Romanian Cultural Institute from 2009.

Ilinca Busurcă (born in 1979) graduated from the Faculty of Foreign Languages and Literatures, specialization Russian Language and Literature - Romanian Language and Literature. She graduated the Master on Russian Cultural Studies and Business Communication and the second Master "Culture and Mentality in the European Integration of Romanians". Currently she works at the Department for Students' Services from the University of Bucharest. Ilinca taught Romanian Language at the Eudoxiu Hurmuzachi Institute (Center) for the Romanians Living Abroad. She has a qualification as a trainer and she has a 10 years experience in teaching Romanian language for foreigners. In January 2011 (25-29) she took up, as her colleague Ana, a specialized course in teaching Romanian as a foreign language, organized by the Institute for the Romanian Language as a European Language and the Babeş-Bolyai University in Cluj-Napoca.

Gabriela Stoica (born in 1979) is a graduate of the Faculty of Letters, University of Bucharest, Romanian Language and Literature and Latin Language and Literature. She holds a M.A. degree in "The structure and the evolution of Romanian language" and a Ph.D. in Philology (linguistics field, history of Romanian language). She started teaching Romanian as foreign language in 2003, within the Faculty of Letters, University of Bucharest, Department of Linguistics, where she currently works as a lecturer. She was a teacher at Summer Courses of Romanian Language, Culture and Civilization, organised by the Romanian Cultural Institute (Baia-Mare 2004, 2005, Braşov 2008), and by the University of Bucharest (Sinaia 2006, Bucharest 2012). Starting with 2010 she became a constant collaborator of the Romanian Language Classes Programme of The Romanian Cultural Institut, Bucharest. In 2009 she was the beneficiary of the grant Lifelong learning programme. Erasmus Teaching Mobility, implying an exchange of teaching experience at the Department of European and Intercultural Studies of the University „La Sapienza", Rome. Since 2002, she also works as a researcher at the "Iorgu Iordan - Al. Rosetti" Institute of Linguistics of the Romanian Academy of Sciences, Department of Etymology.

Alumni who wrote us: „I came to Romania two years ago. When I arrived here, I did not know Romanian language at all. Then I decided to study at ICR and after some courses, I am convinced that ICR is the best choice if you really wish to learn Romanian language, in a very nice atmosphere, with an easy and effective method. But the most important fact is that ICR has a very professional female team, integrated by five enthusiast teachers who are always willing to help you. They are teachers highly qualified, with a deep knowledge of Romanian language and every time they show their best disposition to encourage you to improve your performance and have success to learn Romanian language." (Juana Nunez, Mexico) 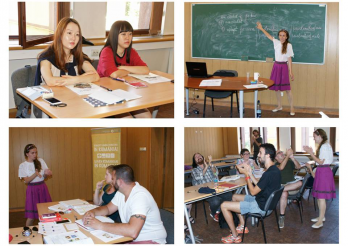 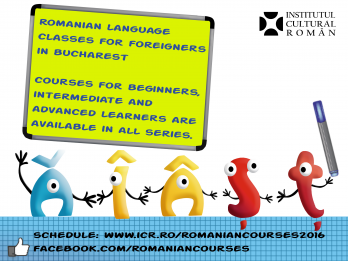 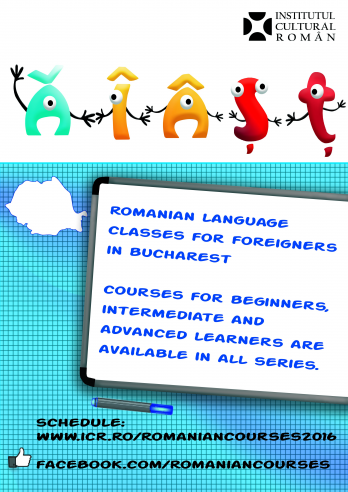