The Nature And Texture Of Peoples

I must admit I didn't quite understand in the beginning why, shortly after 1989, the Western mass-media has so hastily labeled us as suffering from a "deep identity crisis." I was downright indignant: after having sadistically experimented Communism on us for half a century, with its never-ending food shortage, they now consider us deficient in terms of identity – a confused, deformed, idiotic crowd unable to stand on its feet, a worthless mongrel nation made up of balalaika-playing muzhiks who don't have the faintest idea what's going on around them, a sort of Gypsy gang whistling through history.Two months in Paris, a couple of days in Vienna, a Romanian-Hungarian colloquium at INALCO and a two-year subscription to Le Monde, where Edgar Reichman is a columnist, were pretty much enough to understand what manna dew the phrase "identity crisis" is when tackling the case of Romanian "tribalism." Countless strings, seen and unseen, are hidden behind the examinations to which the nature of a nation is subjected these days! Under the pile of geo-political essays, under the tons of publications on community strategies, in the side scenes of the international scientific meetings, beyond statistics, globalization studies, essays and colloquia on ethno-psychological topics and so on, one can discern secessionist agendas under the umbrella of multiculturalism, the condemnation of the majority with revisionist ends in mind, religious demarcations, historical faults and economic fissures, all revealing in fact a handful of indeed trite economic interests, areas of influence, markets, etc. One does not have to try very hard to understand what this frequently mentioned concept of a Romanian identity crisis is all about. On the one hand, calling off the Trianon peace treaty due to the Romanians' "incapacity to govern Transylvania" and to ensure the minorities' rights, on the other hand, hindering our West-bound élan by emphasizing the eternal affinities between our Daco-Gaetic moron and the homo sovieticus, in the sense of "Stay calmly where you are…!"[1] It is true that, apart from the stern European heritage of prejudice about us (mainly among the Germans whom we have merrily betrayed on several occasions), apart from a certain meaning of the traditional "Byzantine politics" etc., there were the votes of 1990-1992, the Mineriads[2], the swan eaters[3], many unexpected side effects of Ceauşescu's policy towards the Arab-Israeli intricacies, the Securitate mafias, trade-union terrorism, and the quasi-general hostility towards reform. As far as we are concerned, the fact that right after 1989 (apparently in direct connection with the "vegetable people"[4] and the "non-explosive mush"[5]) we have started an intense effort of recovering our national identity, re-evaluating our history, rebuilding the social texture, professional synchronization, reintegration of the traditions and of the religious feeling, of redefining the national dilemmas that have never been solved through clear options, has brought about fast and spectacular opportunities, sudden (sometimes even brutal) adjustments to the present-day world bibliography of these topics, as well as interpretative excesses, directly proportional with the recuperative élan. That is why, on more than one occasion, the beneficial attempts at relativizing the historicist triumphalism, of demythifying the false pantheon, and eliminating the artificial slogans brought about a sort of ecstasy of omni-maculation with a self-annihilating effect. Instead of nuances and moderation, we have had reductionism, general reprimand, and the absolutization of the negative aspects: "the shame of being Romanian", "Europe's gypsies", "violators of all treaties", "oppressors of national minorities", "the Wallachian void", "the Romanian curse", "the Romanians' Asian barbarism", "everything was a lie, duplicity and Levantine perjury in the history of these [Romanian] countries", "Orthodox fundamentalism", ungovernable people, xenophobe, alien killers etc. Now, after the pendulum has swayed from ecstasy to derision and back, we can resume calmly (in a manner of speaking) the "identity analysis", as after a timely period of convalescence. We should read again Cantemir, Eminescu and Caragiale, Ion Ghica, Bălcescu, Kogălniceanu and Fundoianu, Cioran, Mircea Vulcănescu, C. R. Motru, Nae Ionescu, Crainic, Blaga and Pârvan, Simion Mehedinţi, Noica, Lazăr Şăineanu, T. Pamfile and S. Fl. Marian, Stăniloaie, Ernest Bernea, Eliade, Vasile Băncilă & Co., in an effort to recover, against the texture of the new European policy. Ziarul de duminica, 2002[1] Ceausescu's last words at a Bucharest rally just before being overthrown in December 1989.[2] The generic name used for the miners' violent protests in Bucharest at the beginning of the 1990s.[3] A group of Romanian gypsies were caught eating swans by the Viennese police in the 1990s.[4] A phrase from one of Ana Blandiana's poems.[5] It was said of the Romanian people that they suffered the harsh Ceausescu regime because "mush does not explode" (Romanians are traditionally cornmeal mush eaters). 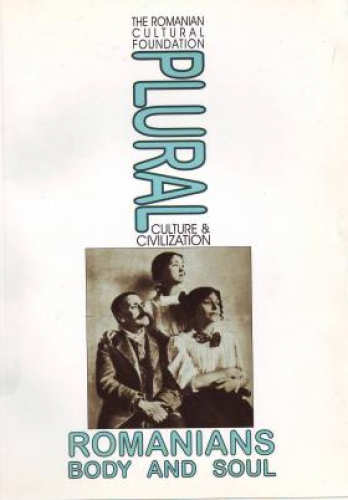