These photographers and cameramen – champions of expressive imagery, of the impeccably framed photograph taken under enamy fire and of exciting and sometimes even humorous subject matter – have no name and no face – even less so than their subjects, the rank and file soldier, the machine gunner, the pontonier, the aviator, the sailor and the rifleman on the front the line, leaning against the parapet of the trenches and looking vigilantly towards the enemy. At most we glimpse the corner of a tunic or coat leaning over the camera on its tripod.

Like their collective work, they too are anonymous. They put their lives at risk, just like the ordinary soldiers whose images they immortalised, in order to produce an enduring bodyof work of great documentary and historical value. In their own ways, the photographer and his subject both contributed equaly to the creation of Greater Romania.
Graphic and cover design: Bogdan Iorga
Foreword
I.The Photographic Service of the Romanian Army. The History of our War in Images
II.Photography under Occupation-Victors and Prisoners
III.Amateur Photographers on the Front
IV.The Victory Parade
1916-1919: The Front, The Commnad Posts, The Artilery, The Communications, The Air Force, The Navy, The French Military Mission,  The Medical Service, The Religious Services, The Soldiers’ Mess, The Leisure, The Royal Family on the Front, The German Prisoners and the WarTrophies, The Occupation, Amateur Photographers on the Front, The Victory Parade, 1919, The Photographic Service
Appendices
Selected Bibliography
Index 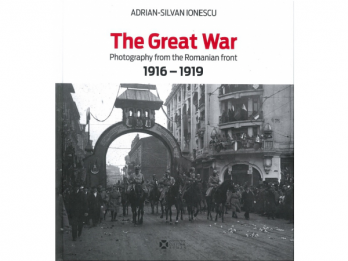