I once experienced a terrible fright. I woke up one day to discover a different world from what I knew it to be, more clear-cut, more plainly divided into complementary colors and opposite moral categories. It all looked like in a naive painting: clear and graphic. The only catch was that in this different world I had forgotten how to write. I laid the words like so many cubes, making fragments of illustrations, which I failed to knock together into stories: the letters clashed one against the other, but no meanings were born, no rhymes took shape. I understood that if I was to learn again how to write in this naively colored world I had to break the letters down into canes and hooks and the meanings into games and wonder, that if I was to learn again how to live I had to be a child once more. So I started to turn the syllables into toys; children's literature was no longer a literary genre to me, but a flying rug capable to take me back in time.Maybe as long as I hadn't severed my ties with childhood I had felt no need to go back to it. I only discovered children's literature concurrently with the fear that I might forget how to be a child. I wrote, therefore, not in order to address the children as a grown-up, but to play the child, to become a child, to cure myself of the adulthood that I felt coming down on me like a fever, like a disease that might well prove incurable. That is why I feel awkward and ill-at-ease among writers of children's literature, as if I were constantly afraid to discover I was there illegally, and for the wrong purpose.I did not try, by writing for children, to write in a way they could understand, I only tried to play out of a conviction that if I succeeded, if my game really came together, then the children would be able to understand it. For are they not the sole professionals of games? It is precisely for this reason that every time I get wind that a child liked my poems I take it as a vital victory, a proof that my playing was successful, a childhood certificate. In the same way, the fact that some grown-up liked my verses is almost nothing to me, because it is for him, for the adult reader, rather than for me, that it represents a voucher of ingenuity.Just like the fetus in its mother's womb goes through the whole evolution of the species down to it, in the womb of fear I repeated my entire evolution in order to go back to the moment when I am again able to be born. I learned again how to write, therefore, childishly. It might have confused some people, who thought I sought to become a children's writer, when in fact I had an existential desire to be a child-author. from Mirror Corridors, Cartea românească, 1984 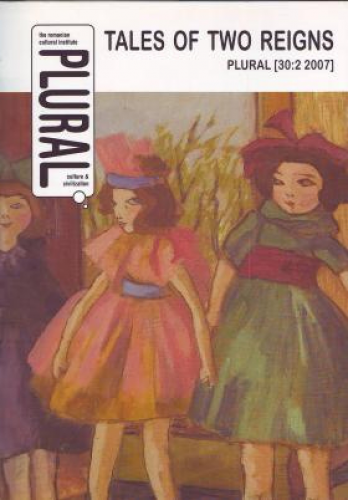