With opening remarks by H.E. Mr Dan Mihalache, the Romanian Ambassador to the Court of St James's.

Followed by the private view of 'Romania: Beams of Beauty', a landscape and portrait photographic exhibition by light magician Sorin Onişor.

The event is organised by the Romanian Cultural Institute in London in partnership with the Romanian Authority for Tourism and the British Guild of Travel and Tourism, with the support of the Romanian Embassy in London.

With its rich cultural and historic heritage, Romania has long been a source of fascination for great British travellers like Patrick Leigh Fermor and it currently enjoys a fantastic revival in Britain and elsewhere as a touristic destination. With George Bradshaw's 1913 'Continental Railway Guide' in hand, journalist and broadcaster Michael Portillo ventured through Romania, embarking on a revealing railway journey that started in Transylvania and continued all the way south through Sinaia, Ploieşti, Bucharest, and ended in Constanţa, on the Black Sea coast. The result is a revelatory 45-minute long TV travelogue full of unexpected discoveries.

Michael Portillo is a British journalist, broadcaster, and former Member of Parliament, Deputy Conservative Party leader and Cabinet Minister. As part of his media career, he has made a number of television programmes for BBC2 including Art that shook the world: 'Richard Wagner's Ring', 'Portillo in Euroland', 'Elizabeth I' in the series 'Great Britons', 'When Michael Portillo Became a Single Mum', 'Portillo Goes Wild in Spain' (a natural history programme) and 'The Science of Killing' (for Horizon). There followed documentaries on the unburied bodies from the Spanish Civil War and on Guantanamo Bay. In 2010 BBC Radio 4 carried his 3-part series 'Democracy on Trial'. For BBC4 he has made several series of 'Dinner with Portillo', a discussion programme, and in 2008 'The Lady's not for Spurning' (about Margaret Thatcher's legacy). Since 2006 he has been on 'The Moral Maze' team on BBC Radio 4. In 2003 he began the weekly political discussion programme 'This Week on BBC1' with fellow presenters Andrew Neil and Diane Abbott MP. He has made more than two hundred programmes charting rail journeys through the British Isles, through continental Europe and across the USA. For six years he was a weekly columnist on The Sunday Times and was the theatre critic of The New Statesman between 2004 and 2006.

BBC Two's 'Great Continental Railway Journeys' is a British television documentary series presented by Michael Portillo. It sees Portillo travel on the railway networks of continental Europe, referring to his 1913 copy of Bradshaw's 'Continental Railway Guide', as he describes how the various destinations have changed since Edwardian times. The first series was originally broadcast on BBC Two in 2012, and the fourth series aired in 2015.

Sorin Onişor is an exceptionally gifted photographer who, for the past 12 years, has been wandering through Romania, from Maramureş to the Danube Delta, from Banat to Moldavia, constantly looking for remote places and people and capturing in his photographs the magic of long lost traditions. He is currently completing a PhD on 'Traditional Blacksmiths in Transylvania', has studied photography for 3 years at the Arts and Crafts College of Timişoara, and has a bachelor degree in History. Sorin has had numerous exhibitions in Romania, Italy, Poland, Spain, France, Belgium, Austria and Japan, and won several awards among which the Great Prize at the National Salon of Touristic Photography, Bucharest (October 2006) and the First Prize at the Ethnographic Photography Salon, Cluj-Napoca (October, 2006).

Free but please reserve your seat on Eventbrite. 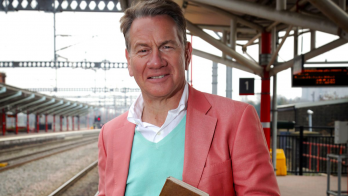