The EUNIC cluster in Dublin, in partnership with the Irish Film Institute, organised a special evening of six short short films from Europe on November 7th. Five competing films selected by the cultural representative of each country (the Alliance Française, the Austrian Embassy, the British Council, the Goethe-Institut, and the Embassy of Romania in conjunction with the Romanian Cultural Institute) were shown at the Irish Film Institute in Dublin. The event was a big success with 200 people attending. The short short films that were shown were:
A Mouse’s Tale by Benjamin Renner (France)
Microphobia by Nikki Schuster (Austria)
Head Over Heels by Timothy Reckart (UK)
The Centrifuge Brain Project by Till Nowak (Germany)
The Pill of Happiness by Cecilia Felmeri (Romania)

As well as a non-competing film:
Old Fangs by Adrien Merigeau (Ireland)
The public voted and declared the winner to be Head Over Heels by Timothy Reckart. Michael White, director of the British Council, accepted the prize in his name. The evening was followed by a wine and cheese reception, courtesy of the Austrian Embassy.

This screening of the Pill of Happiness was made possible thanks to the support of the National University of Theatre and Film "I.L.Caragiale".

The EUNIC cluster in Dublin, which comprises the Alliance Française of Dublin, the Austrian Embassy, the British Council, the Goethe Institut, the Instituto Cervantes, the Istituto Italiano Di Cultura, the Embassy of Romania and the Romanian Cultural Institute, has recently welcomed the Embassy of Greece as a new member. 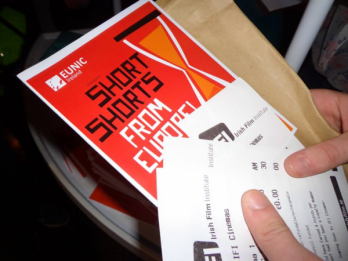 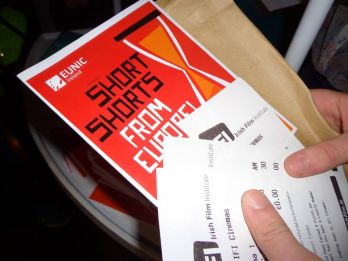 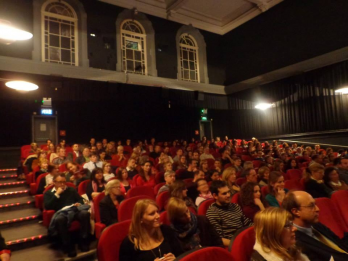 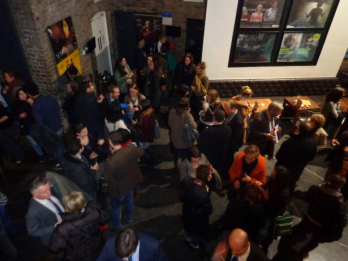 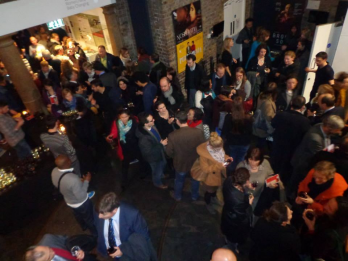