RESULTS As a result of the evaluation of the 5 applications from UK citizens, the two grants offered by the British Council were awarded to:
1. Fisher Gaelle – 92, 5 %
2. Crump Laura Carolien – 90 %

As a result of the evaluation of the 24 applications for the places exempted from participation fee, offered by the RCI, the following applicants were awarded:
- no participation fee:
1. Keturakis Antanas (Lithuania) - 92.66 %
2. Hutter Roman (Austria) - 90 %

The applications were evaluated by the following criteria:
1. The CV of the candidate – up to 50 points
(his/her links with the Romanian culture – 25 points; perspectives for using the results of the training and personal achievements – 25 points)
2. Letter of recommendation – 25 points
(professional value of the referee – 10 points; argumentation – 15 points)
3. Letter of motivation – 25 points

The Romanian Cultural Institute organizes Romanian Language, Culture and Civilization Courses in the 12th century citadel of Braşov. The program is organized in collaboration with the Faculty of Letters of Transilvania University - Braşov, Mureşenilor Memorial House and the Corona Local Initiative Group.
A multicultural environment, Braşov (Corona, Kronstadt, Brassó) was renowned not only as an important medieval trade centre, but also as a cultural and academic „fortress". Braşov is the place where the first spark of an anticommunist uprising was lit in November 1987.


The Structure of the Program

A. Intensive Romanian language courses (60 hours)
The Romanian language courses are taught according to a flexible syllabus, adapted to the students' requests and needs. In order to develop the fluency of expression and to strengthen the already learned grammar structures, the vocabulary and grammar exercises alternate with individual and group communication activities. The reader includes texts about everyday life, as well as literary texts, press articles, songs, etc; audio-visual teaching materials are also used. The instructors selected for teaching the Romanian classes are chosen primarily for their professional skills, but also for their friendly attitude, enthusiasm and patience.
Participants are enrolled in several study groups, based on an initial language test that evaluates the students' level of linguistic competence, according to the Common European Framework of Reference for Languages (A1, A2, B1, B2, C1, C2). Each group is formed of 8-12 students.
The beginners' level aims to obtain simple comprehension skills, as well as to communicate in familiar situations.
The intermediate level develops the comprehension abilities of more complex texts, as well as the ones of coherent written and oral expression, on various topics.
The advanced level – students will improve their skills of understanding long and complex texts, appreciating distinctions of style as well as their communication skills by using nuanced expressions.

Certificate of Attendance: At the end of the programme, students will give a written and oral test. As a result, the Faculty of Letters of Transylvania University – Braşov will award the participants with certificates of language proficiency, whereas the Romanian Cultural Institute shall release a certificate that evaluates the level of Romanian language knowledge.

B. Courses in Romanian culture and civilization (twice a week) The Romanian Cultural Institute invites university professors and researchers, personalities of the Bucharest and Braşov public space for giving lectures that cover history, cinema, politics, journalism. The talks are given in English and in Romanian.

C. Creative Workshops (twice a week) 1. 19th century Ball dancing
2. Journalism and publicity
3. Gastronomy
4. Handicrafts – clay modeling, decoration skills
The ball dancing workshop will be coordinated by Nermina Damian, chief of professional ballet dancers from Braşov Opera, and aims in familiarizing the students with the "Romana" dance, a column-dance, highly fashionable in the Romanian families from the 19th century.
During the Journalism and publicity workshop, participants enter the " inner world" of the editorial office of "Gazeta Transilvaniei" (The Transylvanian Gazette) and learn about the history of publicity in the 19th century, while they also edit together a newspaper.
The workshop on gastronomy will present the world in a "cookbook". The participants will learn about the first Romanian cookbooks and how to prepare Romanian traditional food.
The handicrafts workshop takes place in the studios of the coordinating artists, where the students learn clay modeling and ceramics painting.

D. Film screenings
Participants will attend Romanian film screenings once a week. The productions are signed by renowned new-wave Romanian film directors, recipients of important awards at great European film festivals or films, as well as classic films.
E. Cultural and sightseeing program
Fieldtrips will be organized during weekends in the Old City of Braşov, Sibiu, the fortified Saxon fortresses around Braşov and Sibiu (Prejmer, Viscri), the Bran castle, the Peleş Complex in Sinaia (Peleş, Pelişor), the George Enescu Memorial House in Sinaia and a traditional village. These site visits benefit from the informed comments of young historians, sociologists, and art historians, specialized in researching the region, its history, traditions and the rich socio-cultural and ethnographic milieu existing in this area of Romania.
F. International evening
An international evening will be organized for the participants who are asked to present the specific customs, foods and drinks, objects and other things relevant for the countries they come from, event followed by a party.
Accommodation
The accommodation will be in three stars locations in Braşov in the city center or at a short walking distance from it.
Locations, venues
Language classes will take place at the Faculty of Letters of Transylvania University - Braşov. The workshops will take place at the Mureşenilor Memorial House.www.muzeulmuresenilor.ro), and the Old Center Bistro, as well as in the artists' studios.
Lunch and dinner are served at the Old Center Bistro, a downtown located restaurant (www.oldcenterbistro.ro).

Costs
Participation fee: 1.000 EUROs The participation fee covers all the expenses related to the activities included in the program. The costs for hotel accommodations and meals will be covered by the Romanian Cultural Institute.
The alumni are granted a 15% discount.
The participation fee does not cover the international and domestic transportation, entrance visa, extra hotel services (mini-bar, phone calls, etc.) neither the medical services. The Romanian Cultural institute warmly recommends that participants have a health insurance that is valid for Romania.

Applications
The applications will contain: - the completed application form (download)
- a curriculum vitae,
- a copy of passport,
- a copy confirming the payment of the participation fee.

The deadline for applications is May 30th, 2011
Due to the limited number of places, applications should be sent as soon as possible.

Places exempted from participation fee:
The Romanian Cultural Institute offers 2 places totally exempted from participation fee and 4 places with 50% exemption. These places are intended for students in Romanian studies departments abroad, and for those who use the Romanian language in their scientific documentation, translation or they are editing works about Romanian culture and civilization. Students who enroll to the summer courses and fulfill the criteria described before can apply by sending the following supplementary documents (written in English or Romanian):
- a letter of motivation and
- a letter of recommendation from a professor or a person who is familiar with the candidate's professional activity.
The deadline for application for the places exempted from participation fee is May 15, 2011.

Applicants should send all application documents by this deadline, including the completed application form, CV and copy of their passports.
Applications will be evaluated by a jury comprising 3 persons: a representative of the RCI and two independent evaluators.

The British Council Romania, as an institutional partner of the Romanian Cultural Institute in the Romanian Language, Culture and Civilization Courses – (Braşov, 2011), offers two grants of 1,000 euros each that cover the participation costs for two British students (preferably graduate or post-graduate students, working on a topic dealing with Europe in general and Romania in particular). In order to apply for the grants offered by the British Council Romania, please send the following documents:
- the completed application form (downloadable here)
- a curriculum vitae
- a copy of the passport
- a letter of motivation in which the applicant should mention that she/he applies for the British Council Romania grants
- a letter of recommendation from a professor or a person who is familiar with the candidate's professional activity.
Application deadline (for the grants): May 15th 2011

Method of payment:
Participants can pay the fee by bank transfer into the following bank account of the Romanian Cultural Institute: Banca Comercială Română SA, Calea Victoriei 155, Sector 1 - Bucharest, Romania, SWIFT CODE: RNCB RO BU. Code IBAN RO63RNCB0072049713640004.
Please write the applicant's name and "Braşov" on all the documents relating to bank transfer of funds. All bank charges are the responsibility of the applicant.

General conditions for the participants
The organizers will provide a detailed program of the courses, containing the daily schedule. Any change that may occur will be announced in due time. Each participant has the responsibility to be informed about the structure of the program, the conditions and terms of participation, and any changes that may appear in the program.
In case a participant decides not to attend the courses any further for a serious reason, he/she has the obligation to inform the organizers in writing in due time. The partial reimbursement of the participation fee is granted only under exceptional circumstances.

Participants' obligations:
• to participate in the intensive Romanian language courses • to attend at least 75% of the conferences in Romanian culture and civilization
• to enroll and participate actively in two workshops and attend all trips
• each participant pledges to respect the rules established by the organizers, most of all those regarding the academic program 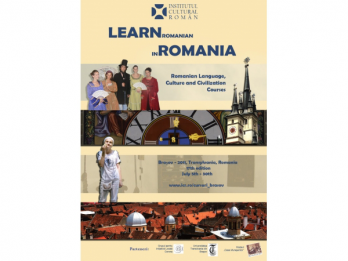 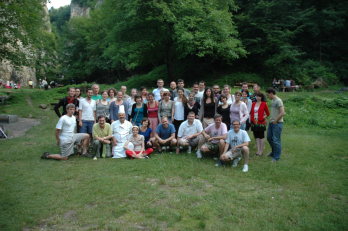 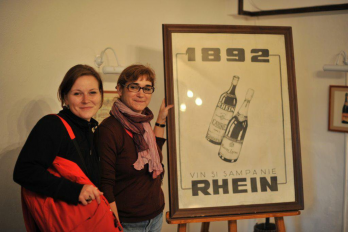 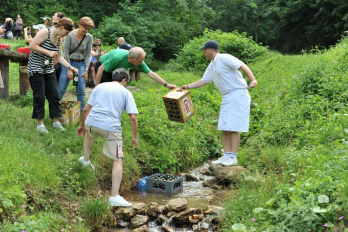 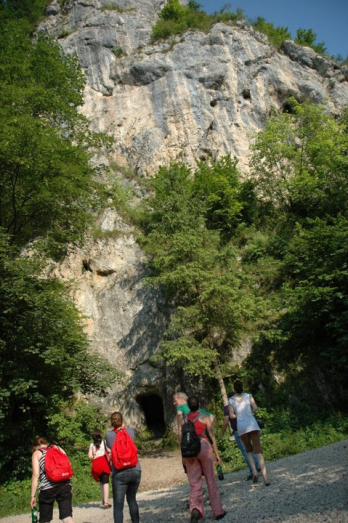 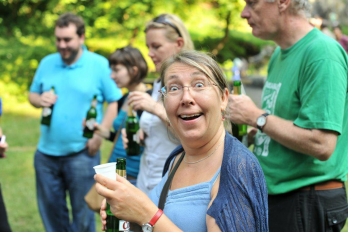 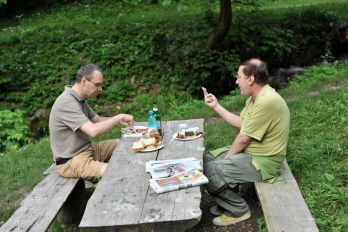 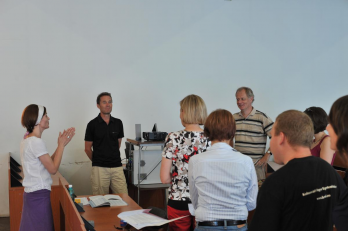 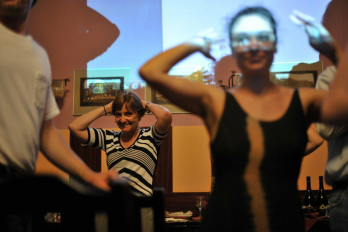 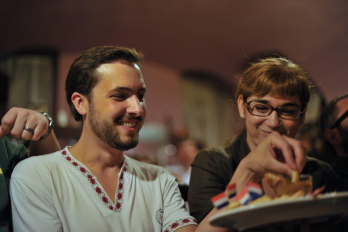 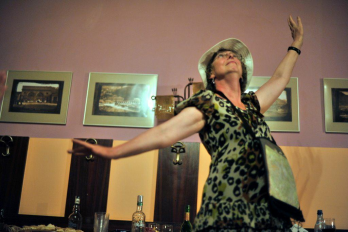 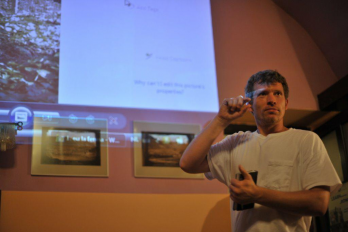