Programs of the Romanian Cultural Institute 2012-2013

The Romanian Cultural Institute operates within the existing legal framework under Law no. 356 of 2003, the Romanian Government Emergency Ordinance no. 27 of 13th June 2012 and subsequent amendments. Its mission lies in promoting national culture and civilization in Romania and abroad. The institute’s major goal is to increase the visibility, prestige and knowledge of Romanian values in today’s world.
Romania’s strategic objectives are achieved through internal development actions, external political initiatives and cultural affirmation programs. Whatever the undertakings of the Romanian Cultural Institute, they represent a crucial complementary instrument for reaching these goals.

Based on the Romanian Government Decision no. 492 of 2004, Romanian cultural institutes have been set up in various world capitals and large cities (Paris, New York, Vienna, London etc.), leading to the gradual transformation of the Romanian Cultural Institute into an international player.

For the Romanian Cultural Institute to be able to fulfil its role as a global player in increasing the visibility, prestige and knowledge of national culture and civilization, it is indispensable, however, to launch new programs and to improve on the beneficial development initiatives from the past. Right from the outset, we realize the need for a comprehensive understanding of culture and its synchronization with today’s world. We consider culture a complex whole which includes knowledge, convictions, arts, morality, laws, customs and techniques acquired by a community, all these organizing its life and aspirations. Therefore, we naturally include in the culture represented by the institute in Romania and abroad literature, music, visual arts, sciences – starting with the economy and law and, of course, experimental sciences – architecture, philosophy and theological reflection. By so doing, we ensure a comprehensive integration of culture by the Romanian Cultural Institute on a contemporary level.

A healthy pluralism of visions, approaches and media of expression ensures culture a most auspicious environment. The Romanian Cultural Institute encourages innovating initiatives, original creations, and supports authors financially by open competition, with independent panels of judges making their decisions based on the value of the projects submitted.

Until recently, preferential funding, on the fringes of the law, was awarded for activities often yielding short-lived results. Certain individuals have been paid inordinate amounts of money for activities of little impact, as a matter of fact, and today, these individuals put up stiff resistance to whatever change. The Romanian Cultural Institute disavows such biases and calls for a thrifty use of resources towards effective cultural creation; legality has been reinstated as regards the use of financial resources.

Office appointments devoid of professional relevance have been discontinued, and so has funding on the fringes of the law. By the very nature of its mission, the Romanian Cultural Institute fosters civilized debate, which excludes personal attacks and the sophisms underlying prior slanting of a participant’s opinion with the intention of debunking it, as well as other means of degrading public discussion.
From the very beginning, we distinguish between programs, projects and activities and, in what follows, we will make reference only to the programs for 2013. The programs are supported by projects selected by competition, according to transparent criteria, by independent panels of judges and these are implemented through numerous activities undertaken by individuals, personalities, organizations and institutions.

The programs, briefly outlined below, are well-founded and comprise the necessary technical details, as well as financial estimations. In 2012-2013 the following programs will be launched:

I.The Program Completion of the Organization of Romanian Cultural Institutes Abroad and Setting Up New Institutes:Certain Romanian cultural institutes abroad have no venues (for instance, Brussels), others have no libraries (for example, Vienna), others have turned into artistic management departments, making little use of local opportunities (Istanbul); many institutes have especially carried out activities related to the director’s preoccupations (New York) and the activity of each institute has remained intermittent, with relatively little impact. The Romanian Cultural Institute has proceeded to normalize the organization and operation of the Romanian cultural institutes abroad, based on certain requirements such as:
a)The focus of each institute on a few projects of its own, with a high degree of relevance and impact in relation to the host country’s specificity;
b)Ensuring a relevant network of partners with an impact in the respective countries, including top universities and research institutes;
c)Setting up the Romanian Cultural Library in each institute and supplying it with books written in and outside of Romania, based on an organized collaboration with publishing houses;
d)Ensuring the provision of Romanian language courses, like in the case of other EU countries;
e)Ensuring the inclusion of Romania in encyclopaedias, dictionaries, textbooks and other volumes, in publications and debates, and promotion based on competition;
f)Increasing the number of translations from Romanian and the number of translators;
g)Ensuring a worldwide presence of the artistic values (fine arts, music, film etc.) of Romanian culture, as well as of contributions from the new generations;
h)Providing each institute with a venue, ICT equipment, a library and everything else necessary;
i)Other requirements comprised in Measures for Consolidating the Knowledge and Prestige of Romanian Culture (no. 15.121 of 1st October 2012) and Notification (no. 15.450 of 8th October 2012);
We explore and make use of the opportunities for setting up Romanian cultural institutes in Beijing (China), Moscow (Russia), Sao Paolo (Brazil), Alexandria (Egypt), Athens (Greece), Munich-Nurenberg (Germany) and Kiev (Ukraine) (in conformity with decision no. 15.428 of 10th October 2012).

II.The Translation and Publication Support Program and the Publishing Romania Program, designed for translating and publishing Romanian authors abroad, are in progress and extending. The Romanian Cultural Institute will allocate budgetary and extrabudgetary resources in order to subsidize an annual translation of at least thirty authors. The contest panels of judges will be reorganized to ensure the transparency of competitions. Market mechanisms will be complied with. Promoting both established authors and innovating ones is a duty to be fulfilled by the Romanian Cultural Institute.Through translations into different languages, Romanian culture will have to be represented, first and foremost, by its solid and enduring contributions.

III.The Cantemir Program aims to support projects submitted by Romanian and foreign authors, intended to increase the visibility and recognition of Romania’s contributions. This program provides project-funding.
IV.The Orizont Program aims to support the Romanian authors participating in internationally recognizable innovations in their fields of activity and consists in a six-month funding for documentation, participation in international conferences and publication of competitive works.
V.The EUNIC Program is aimed at the enhancement of cooperation among cultural institutes within the European network and consists in financial assistance for this cooperation.
VI.The Program The Presence of Romania in the World’s Libraries aims to improve the supply of major libraries with publications from our country and to ensure Romania’s presence in seminal writings around the world. At the moment, we can ascertain serious shortages regarding the presence of Romanian writings in important libraries. Even as recently as the past few years, Romania has been missing from the histories published in Europe of some institutions in modern states. This program sets out to put an end to these situations by exploring ways in which Romanian authors can be present in the world’s libraries and by setting in motion measures to include our country in encyclopaedias, dictionaries, histories and significant publications.
VII.The Program Showcasing Romanian Contributions aims to systematically present Romanian values within world competitions. Historically, we must do justice to contributions to world culture and civilization, originating in the Carpathian area. In terms of topicality, this amounts to selecting and highlighting original theological, literary, philosophical and scientific contributions made by present-day Romania. The writing and publishing of the volume Romania’s 100 Contributions is now in progress. The organization of the mobile exhibition Romanian Hypotheses, Theories and Contributions to Science and Technology is also under way.
VIII.The Program The Romanian Cultural Institute’s Mobile Exhibitions is intended as a coherent and conclusive thematic presentation of Romanian culture and civilization, with some of the creators themselves taking part; for instance, the mobile exhibitions Great Romanian Painters of Today, Great Romanian Prose Writers of Today, Great Romanian Poets of Today, Values of Romanian Traditional Culture, the film series Great Romanian Films of Today and many others. Mobile exhibitions are held based on performance criteria and in relation to proposed themes that prove to be competitive.
IX.The Program Democratic and European Romania aims to stimulate internationally attended national debates on the economy, law, administration, the operation and performance of Romanian institutions, to present our country’s realities and to ensure the participation of Romanian authors in international debates surrounding regional, European and global issues. This program comprises events such as: a)awarding annual prizes – the “Economia” Prize, the “Justiţia” Prize, the “Democraţia” Prize, for the best writings dedicated to present-day Romania within the respective fields;
b)the annual debate Romania’s Current Economy. Opportunities and Trends;
c)the annual debate Europe’s Future. Concepts of Restructuring;
d)the international conference Europe – Legitimacy and Democracy;
e)the international convention Projects for the Magna Charta of European Culture;
f)the international conference The 2008-2012 Recession. The World’s Change.

XI.The Cultural Romania Program is intended to support Romanian communities abroad. It includes events such as:a)Romanian language courses for the new generations;
b)The mobile fair for communities near Romania;
c)Support for organizations and personalities involved in the affirmation of their own cultural identity;
d)Support for festivals organized in various locations, with a focus on identity affirmation;
e)The organization of painting and sculpture workshops;
f)The organization of camps and summer schools for youths from the abovementioned communities;
g)Support for the organization of the “Romanian Language Day”;
h)Assistance rendered to cultural initiatives by the Romanian diaspora on different continents and in various countries; 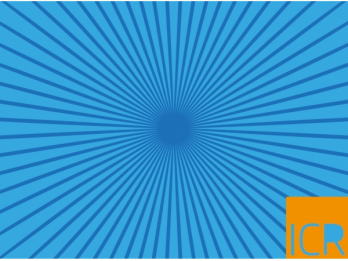