» CENTRUL CĂRŢII › Reviste › PLURAL MAGAZINE › On Mountain Paths
excerpt The next day at dawn, after brief consideration with Pisicutza, after I gave her all the necessary advice, told her how to walk and keep her balance among the steep cliffs of the mountain valleys, and, above all, after I was convinced that she understood me and that she would follow my advice, I threw the saddle on her back and my scarce household on top of it; then, man and horse, the man leading the way, holding the reins and the horse following from behind, we went on untrodden paths towards the highest points below the sky. We made our way to the light, guided by consideration and encouraged by audacity… and when, safe and sound, I reached the wide and barren ridge of the hill and found myself surrounded by the dewy ring of sparkling greenery, my soul was taken over by some sort of never-ending longing and my thoughts went back to my deserted fortifications I had to leave behind. The tender feeling of paternity for the work of my own two hands roused inside me and I found myself guilty for giving in to the fear of not finding any mushrooms washed away by the deluge and for having changed a serene and patriarchal life for one of aimless roaming on the blind and unstable steps of the unknown… I probably would have spent a long time crying to myself over the ruins of my past happiness if Pisicutza hadn’t taken it upon herself to wake me up from the sentimental torpor I had sunk in… She suddenly pulled at the reins, looked up and stared towards the distant ridge of the hill, stood still for a moment and then neighed softly; she remained still and stared at the distant ridge again… I got up on my feet, and followed Pisicutza’s gaze… I couldn’t see anything, but there were things on which Pisicutza was never wrong, and I had therefore got used to trusting her premonitions… There had to be something or someone getting near. Several barking sounds suddenly broke the silence, and when I turned my head to where they were coming from, two dogs as big as mastiffs showed up running from the far line of the horizon, heading madly toward where I was standing… I quickly jumped on Pisicutza’s back and prepared for defense with my sharp pole. Almost at the same time, a huge black hat, flattened on one side and cut in the middle, came up from behind the same line on the horizon, advancing briskly and climbing the western part of the ridge with difficulty, as if stepping on air… then two incredibly long legs appeared right under the hat, and their outward arch enabled a distant view of the opposite mountains; the legs moved one at a time at equal intervals, with what seemed like the giant moves of a pair of compasses, piercing the soft grass, cutting through the air, following the dogs and coming towards me; a very long and thick club, balanced in the right hand, completed the few strong lines of the huge figure that was shaping against the horizon. Hardly had I the time to get on Pisicutza’s back properly when the dogs arrived, and a fierce fight began between the two enemy camps… Of course, I swung my pole to the left and right, only to have something to do, or at the most, to take comfort in the thought that I was displaying some sort of bravery fit for a medieval knight, imagining that my pole was nothing less than Roland’s lance, that Pisicutza was at least Bajardo’s great-grandchild, and that I myself was worth at least twice as much as any Orlando Furioso! These were some of the things for which I had always had a particular weakness. In fact, Pisicutza alone would have been enough to face and defeat all the dogs in the universe. Her four shodden legs kicked all around so rapidly, her graceful, lizard-like body protected any vulnerable spots at all times and with such skilled strategy that the fierce rage of the iron-fanged enemy was dying out helplessly outside Pisicutza’s defense circle, guarded by her steel horseshoes and sharp teeth. And when her large nostrils released the stormy breath from her strong chest, the entire ridge of the hill trembled and the mastiffs ran away terrified… and then they returned to continue the fight. Translated by Daniela Oancea 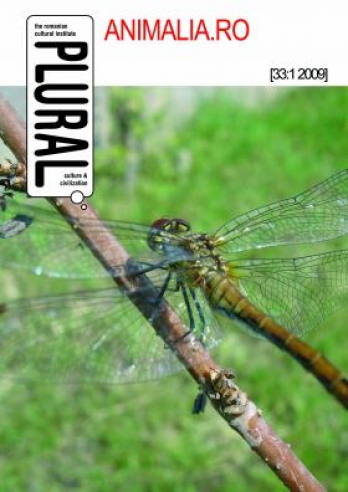