The history of Bucharest art museums begins in 1836, when the painter Carol Wallenstein inaugurated the first of them on the premises of St. Sava high school. In 1864, the School of Fine Arts was established.The concept of a museum exists in every art collection, thus many great museums of the world founded their richness and originality on the competence and passionate dedication of art collectors. In Bucharest, unlike monastic sites, hostile historical circumstances prevented a massive accumulation of works of art.Bucharest's main depository, the National Museum of Art, was set up in 1950 by merging the former royal collections, the State Gallery, TomaStelianMuseum, and KalinderuMuseum. Its patrimony includes over 60,000 works of art.Masterpieces by Romanian classics such as Nicolae Grigorescu, Theodor Pallady, Stefan Luchian, Gheorghe Petrascu, Francisc Sirato, Dumitru Ghiata coexist with more recent works by Henry Catargi, Alexandru Ciucurencu, Corneliu Baba and others in the National Gallery. Sculpture is represented by illustrious names such as Dimitrie Paciurea or Constantin Brancusi, founder of modern sculpture. Foreign masterworks constitute a treasure themselves: Tintoretto, Murillo, Velazquez, El Greco, Brueghel the Elder and the Younger, Rubens, Delacroix, Daumier, Monet, Renoir, Rodin, and many more.Other prestigious museums in Bucharest are the History of the Municipality Museum, the National History Museum, the Village Museum, as well as an interesting Museum of Collections, exhibiting art, furniture, carpets, tapestries and other valuables that once belonged to reputable collectors: Zambaccian, Oprescu, Dona, Simu, Medrea, Avakian, Weinberg, Avramescu, especially attracted by Far Eastern art. The Grigore Antipa Museum of Natural History completes the spectrum of first-rate museums in the capital.The last decade saw the inauguration of another two treasure repositories in Bucharest – the Geology and MineralsMuseum and the Museum of the Romanian Peasant, recipient of a European award in Paris in 1996. 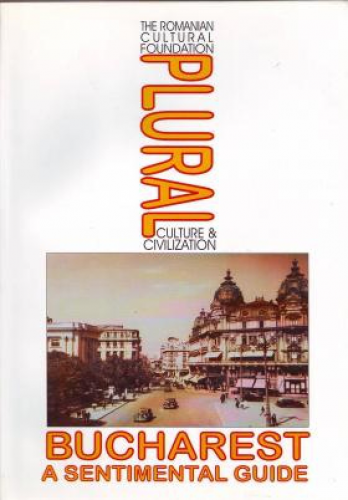