Time. Lighting. The artist. Coercion. An indefinable instinct (common sense?). Arousal. Prurient interest, as defined in the Roth or Miller tests. The function (sexual proxy) assigned by the individual viewer or reader. Beauty, shape, or truth versus lust. Communication versus titillation.

A renowned Romanian critic and literary circle guru of the prolific interwar period, Eugen Lovinescu, once maintained that "in art, only the lack of talent is pornographic". The synchronism with Western literature which he advocated materialized in the chiefly French-inspired novel boom peaking in 1933; but, even though it brought a fresh outlook on eroticism, mainstream Romanian writers did not rush to corroborate – or invalidate – his allegation. With one notable exception, Creanga's 19th-century funnily-licentious Tale of the Prick, circulating rather like a samizdat, there was no solid tradition to draw on, and precious little chance to evade, let alone transform, the vigilant morals of a straitlaced public. As in many societies that slam the door in the face of sexuality, hypocrisy gets in through the window, and frustration lurks around the corner: a socialist-inspired law promulgated in 1930 (and rescinded in 1943 when, probably due to higher necessities of war, the occupation of brothel owner became legal again) banned "houses of prostitution", but permitted a kind of self-employed, freelance prostitution, under strict sanitary supervision. In the 1930s, many attempts to loosen up, if not unbutton, a prissy system ended up badly: while writers and critics debated in public the ban on Lawrence's Lady Chatterley's Lover, a group of surrealist poets, among which the ferocious Gherasim Luca, put out Pula (a magazine bearing the obscene name for penis) to shock a horrified establishment; Geo Bogza, another avant-garde leader, was thrown in jail for his Sex Diary, and Mircea Eliade, later the famous historian of religions, was expelled from university for writing Miss Christina. Many of the works presented in this issue were blacklisted in 1934 from school libraries.

The post-World War II era may be regarded as a counter-revolution beset by its own contradictions: prostitutes were dispatched to moral rehab, because the internationalist foundation of the highly ethical communist regime installed in 1945, seemingly risked being undermined by anything except a kind of aseptic, courtly (of all!) love, often competing with the struggle for higher output, and consumed between peers in the fields, mines or factories of the motherland, which was supposed to be the object of the truest love. It rhymed with a kind of utopian romanticism (to those who were out of prison, of course) that infused the first years of communism – and it took almost two decades for the ridiculous to gradually melt into a desexualized ersatz called Aesopian language; as a result, repression looms large in the doublespeak of authors who had to castrate their works. One may still wonder how the communist authorities envisioned the baby boom hoped-for in the wake of the infamous 1966 decree that prohibited abortion (enacted without any pressure from a debilitated Orthodox Church, that would see its churches demolished by the same regime a few years later), in the absence of any external "catalyst", save scarce medical information (or maybe some magazine left on the beach by a German tourist – at the most). The communist state preached "make love, not war" without allowing anything like Woodstock, and public life was so sexually crippled that any comparison to the century-old model, France, which, as a result of the dramatic drop in its birthrate, had been traversing a similar tyranny of anti-Malthusians (the 1920 law stipulated one to six months in jail for as little as imparting information on contraception; by comparison, even Ceausescu would appear as an enlightened despot), would be like strolling about Place Pigalle in Mao's uniform. Still, people managed somehow, despite the thousands of dead would-not-be mothers in search of last-ditch methods to get rid of unwanted pregnancy: ironically, the largest generation in recent Romanian history was the one to overthrow the national-communist regime in 1989, and remove the chastity belt – with a vengeance.

An invasion of base publications, translations, and erotica that spread like wildfire in all the media, including reality shows with heavy, often crude, sexual connotations, paved the way for the Romanian editions of Playboy and Hustler, overdue translations from Sade to Henry Miller, dozens of illustrated editions of Kama Sutra, and generally everything that less puritanical nations had been taking for granted for decades – or centuries. But Romanians were awaiting their own Salingers and Philip Roths: a climax was reached in the mid-2000s, with a wave of young prose writers benefiting from good promotion by their publishers, mainly "angry young women" who struck a counterbalance in the traditionally macho Romanian prose. In Romanian, although there coexist three different words for love, there is an unbridgeable chasm between the "soft", sometimes precious-sounding and metaphoric fortress of so-called properness, on the one hand, and the boorish, slummy territory of four- (or five-) letter words and sexual phantasms inhabited by ninety percent of the people who pretend to be living in the former, on the other, and no choice in-between (not until what is now perceived as vulgar becomes acceptable); consequently, these authors had to take a really long, daring run. The debate on their productions is under way, and the Romanian media and critics are often at odds over their literary value. Our readers may get an inkling, or form an idea, by reading the last section. Nevertheless, one should not expect, well, too much oddity: necro- and zoophilia (this is stuff for the garish five o'clock TV news), Lolitas (in the 1990s the homeless children had almost turned the country into a pedophile's paradise, hence the pronounced sensitivity to the subject), extreme sex a la Apollinaire, and the like have not yet taken the leap from gutter pulp to "lofty" literature (and may never do so), in a country where even homosexuality, though no longer punished under the criminal code, has strong opponents in the Orthodox Church and among ordinary people. The Iron Curtain is still being shredded, piece by piece, sometimes together with the veil of decency, to the dismay of many.

"In the afterworld, those who practiced sexual perversities or other sins will not see the light they were called to. They will go to hell," warns a website imparting Orthodox advice. From the purported Golden Age of Romanian culture, the 1930's, the voice of Nicolae Iorga, the epitome of Renaissance man, author of more than 1200 books and thousands of articles, who considered the great poet Arghezi "one of the most shameless Romanian pornographers", accused many other important writers (among which Eliade, Bogza, E. Lovinescu) of the same crime, sabotaging their academic careers, and even clamored for lawsuits against them, and to whom the avant-garde The Prick magazine was "dedicated", retorts: "What becomes of those who misbehave in hell? Do they send them back to Earth?" 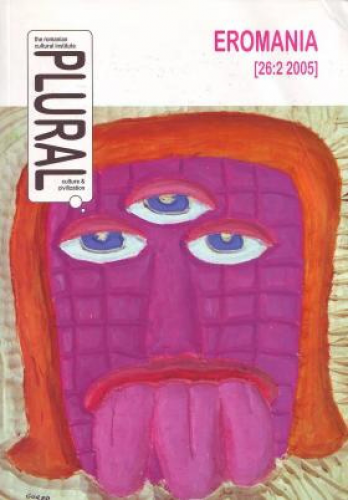