"A Hand for the Poet" on the European Day of Languages. Poems by Mihai Eminescu and Nichita Stănescu in English and Romanian with Michael Pennington, Ion Caramitru, Anamaria Marinca and Emilia Popescu

Entitled A Hand for the Poet/Aplauze pentru poet, the spectacular project developed by the cultural associations The Culture Club and Pro Contemporania, with the support of JTI, having as main partner the Romanian Cultural Institute in London brings to the international public the work of some of the most important Classic Romanian poets in fascinating interpretive versions of well-known Romanian and British actors. The ample programme is to be released in October 2021.

The Romanian Cultural Institute in London is celebrating the European Day of Languageswith apreview of two episodes from the series, including the poem To the Star/La steaua by Mihai Eminescu (translated by Corneliu M. Popescu) and The Non-Words/Necuvintele by Nichita Stănescu (translated by Andrei Bantaș) interpreted in English and Romanian by Michael Pennington and Ion Caramitru, Anamaria Marinca and Emilia Popescu. The films - a video-concept signed by Virgil Oprina - was recorded between April and August 2021 at ARCUB, the Romanian National Opera and RCI London and this is probably one of the last Ion Caramitru’s performances, thus symbolically related to his outstanding legacy.

A Hand for the Poet/Aplauze pentru poet, thegrand online project supported by The Culture Club and Pro Contemporania aims to promote Classic Romanian poetry, lacking at present the well-deserved visibility, in a public-friendly way. Apart from Mihai Eminescu and Nichita Stănescu, the other poets included in the series are: Marin Sorescu, Tudor Arghezi, George Bacovia, George Coșbuc, Ion Barbu and Lucian Blaga. Along with RCI London, cultural partners that are joining forces for this series are so far, The University of Bucharest, The National Museum of Romanian Literature, ARCUB (The Cultural Centre of Bucharest Municipality) and The Romanian National Opera.

Ion Caramitru OBE was one of the most celebrated Romanian actors and former Minister for Culture of Romania. Born in Bucharest, he graduated from the I.L. Caragiale Institute for Theatre and Film Arts in 1964, having debuted on the stage an year earlier - with the title role in an acclaimed production of Hamlet at the prestigious Bulandra Theatre. He continued to work at Bulandra while also appearing in plays at the National Theatre in Bucharest and various other theatres. For his work in establishing British-Romanian cultural links, Ion Caramitru, who was considered one of the best ten Hamlets of all time, was named an Officer of the Order of the British Empire andalso awarded with the Japanese Order of the Rising Sun, Gold Rays with Ribbon, in 2017.

In 1997, the French Ministry of Culture awarded him the title of Chevalier des Arts et des Lettres. Between 2005-2021, he was the general manager of the National Theatre in Bucharest.

Anamaria Marinca made her screen debut with the Channel 4 film Sex Traffic, for which she won the British Academy Television Award for Best Actress (2005).Marinca received further acclaim when she starred in the drama "4 Months, 3 Weeks, and 2 Days" by Cristian Mungiu, which won the Palme d'Or at the 2007 Cannes Film Festival. In 2008, at the 58th Berlin International Film Festival, she was presented the Shooting Stars Award by the European Film Promotion. She also appeared in Francis Ford Coppola’s film Youth Without Youth, and in 2008 she appeared as Yasim Anwar in the BBC 5-episode miniseries The Last Enemy. As well as appearing on stage in Romanian theatre productions, she also acted in Measure for Measure at the National Theatre in London.

Michael Pennington is an eminent actor and director known for his Shakespearean roles. In 1986, Pennington and director Michael Bogdanov together founded the English Shakespeare Company.As joint artistic director, he starred in the company's inaugural productions of "The Henrys" and, in 1987, the seven-play history cycle of "The Wars of the Roses", which toured worldwide. He has directed plays including "Twelfth Night" at the Chicago Shakespeare Theatre in the United States. In April 2004 he became the second actor, after Harley Granville-Barker in 1925, to deliver the British Academy's annual Shakespeare lecture.

Emilia Popescu is a very well-known and appreciated Romanian actress who graduated in 1988 the Institute for Film and Theatre "I.L. Caragiale" in Bucharest. She is known for her roles in theatre, as well as film (The Moromete Family, An Unforgettable Summer). She often collaborates with Bulandra Theatre and the National Theatre in Bucharest. 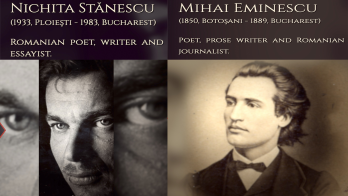 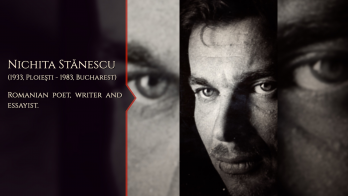 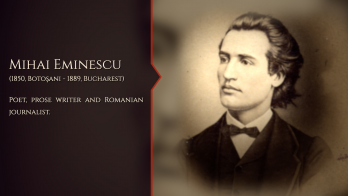