» CENTRUL CĂRŢII › Reviste › PLURAL MAGAZINE › Indonesian Log
excerpt The first encounter with the coral reefs occurred near the island of Pari, by the northwestern coast of Java, on the 12th of March 1991, a memorable day as, in the morning, we had also captured, in the shallow waters of the lagoon, a beautiful Python reticulates whose sparkling, metallic-blue body measured 2.08 m. To convey my joy and enthusiasm, I would like to reproduce, without any modification or correction, an excerpt from my log: "…finally we arrive at the emerged ridge with dead corals, leave it behind, and ahead of us lies before our eyes the miracle of the reef, a real marginal reef. It is hard to describe this extraordinary world in words, and only now do I realize that films can render next to nothing. The panorama is absolutely magnificent, and it is impossible to find means to describe the diversity of corals, the fantastic shapes, the great Acropora hats under which you can sneak, not without scratching your back, the massive Porites and Favia blocks, an Alcyonaria here and there, a so-called soft coral which, judging by its looks, falls under the Sarcophyton genus. The slope descends abruptly towards the darkening blue depths. The water is exceptionally transparent and visibility is perfect as far as 20 m. I float, weightless, in a fairytale world. A slight movement of the flippers and I go deeper until the mask flattens on my face, and my right ear twitches with pain. I went below 12 m; I hang around just for one more moment, then go up slowly, captivated by the throngs of fish around me, amazed by the multitude of shapes and colors. They are not scared by my presence – they move slowly, with grace, vanishing into a hole to reappear in a second among the delicate branches of an Acropora. There are a few I recognize – parrotfish, with their hard bill, capable of crushing the calcareous skeleton to feed on minute polyps, a few Chaetodontidae, a Holacanthus with horizontal blue stripes and yellow tail, a shoal of angelfish, a small serranid, red and spotted. The sensation is awesome, and if I said I was happy, this would mean far too little. I gather a few specimens of Fungia, then stop to admire a Tridacna with its half-open valves over which unfolds its magnificent blue, spotted cloak. It closes up in a tick when I reach for it. Then I discover the violet gorgonians, the anemones in which tiny clownfish take shelter, purple sponges, then others with red chalices, the crowds of Spirographis worms sticking their graceful yellow, blue or orange panaches out of the tubes deeply embedded in the corals. The shadow of my hand is enough to scare them away. I watch ecstatically the graceful movements of a nudibranch, with a black body speckled with orange. A giant murex, its body covered with dark spots, crawls to the bottom of a big coral to disappear in a crevice. The blue arm of a starfish of the Linkia genus may be seen under another coral, but then, on a gorgonian, I spot a Comatula, a splendid, free sea lily, which I push into the mass of water to follow the elegant movement of the pennate arms of an amazing cherry-red color that, after a while, turns to black…" 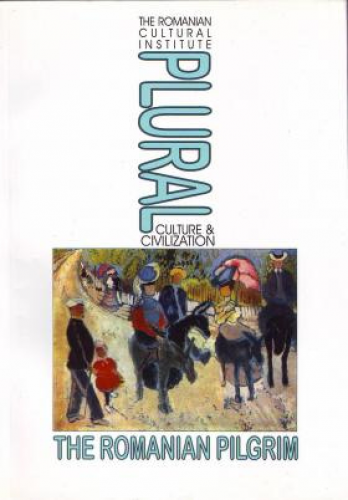