The greatest part of the various preparations for the trip had been completed; in the end he even paid the rent with the assistance of the two old ducks of his who did not let him down when he was about to lay himself out to the neighbors' charity. Their only request, in exchange, was that they would be received for an hour at least every day in his studio which used to exude such a sweet and intoxicating smell from its window-frames. He boarded the ship. He could not fight the paternal feelings that swept him back to the shore; there he motioned aimlessly and, in the midst of the beloved people, he sewed two blotting tampons on the musty lining of his tuxedo, and without wasting any time, stole unnoticed into the lowly room in the back of the yard and converted to Judaism. He had no time to waste. He had entered the seventieth year of his existence leaving a glorious past behind him but expecting a limited number of days ahead. His only remaining wish was to celebrate his silver anniversary. He called all the hired hands to him, and after asking them to feed on some hemp seeds, he threw them into a font. Three tenured, grade three employees and one archpriest followed! Thinking that he might pacify the crowd that had begun to bitch, he sprained three fingers of his own left hand and climbed an a cobbler's threelegged stool where he could rest, to everybody's satisfaction at last, his silk-smooth bill floating and rolling freely and undisturbed on the cold and fresh water of the crystalline stream. He then went on board once more. His aged wife refused to go along, gnawed as she was by the canker of jealousy on account of the love ties she suspected he had with a seal. Still, minding her duties as a wife, and so she wouldn't be considered poorly raised, she gave him, on his departure, two flat-breads, a sketchbook of Borgovanu's, and a kite complete with love-seat backs which he angrily rejected by shaking a few filberts in a sack. An ambitious woman herself and unable to bear the affront of such a rejection, the renegade wife tied him with a rope by the cheek-bones, rudely dragged him to the boat's edge and delivered him unceremoniously on dry land. Fed up with life, and groaning under the weight of glory and age, he took off his fur cap and made his final resolutions which were also his last will. He gave up all his titles and wealth, he tool all his clothes off except for a linden bark rope around his waist, then, casting one more look at the boundless sea, he got on the first covered wagon that came his way and, reaching the nearest town in a gallop, proceeded to join the local Bar Association. CONCLUSION AND MORAL If forty winks is what y'all want to catchExchange no postcards with that mayor of Kurlygatz.  English version by Stavros DELIGIORGIS 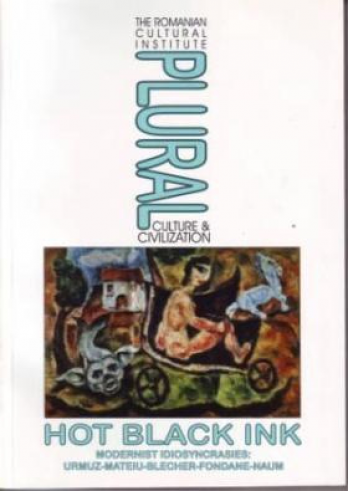