The European Summer Film Week took place in Tehran, Iran, between 25 and 29 August 2013. This EUNIC event, coordinated by the Austrian Cultural forum and the Austrian Embassy to Iran, included award-winning films from Austria, France, Germany, Poland, Romania and Turkey. Romanian cinema was represented by Morgen (2010), directed by Marian Crișan.

The films, screened at the Austrian Ambasador’s residence, were addressed to Iranian cinema experts and the diplomatic corp.

This event included the first Romanian contribution to the activities of EUNIC in Iran. This cluster was founded in December 2012. The Romanian Cultural Institute is represented by Mr. Alexandru Mosgoreanu, First Secretary of the Romanian Embassy to the Islamic Republic of Iran. 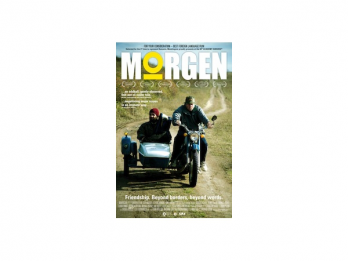