Cristina Chevereşan - Wounds and Deceptions. Decadent and Modernist sensitives on the edge, 2006, 328 p.

Fin-de-siecle offers inestimable keys for the understanding of the emergence of a literary age that has never lost its defining profile. Coming from the outposts of Third Millennium post-modernism, Wounded Identities looks at mysteries that a century ago led towards the dissipation of identity into the swirl of modernism. In between Oscar Wilde's multifaceted profile and the specific approaches of his Central-European followers and counterparts, few aspects of literature's meeting with the 20th century can remain unaddressed. 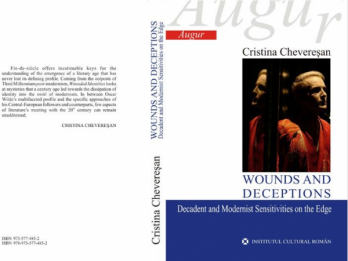