Like most people living and working in Bucharest, I've often wondered what it would be like to live in any other European city, to actually be surrounded by civilized human beings and not to collect a ton of dust on your shoes and clothes after a day's trip to the office and back. After spending more or less time in several other cities, I came to the conclusion that the main difference between Bucharest and other major European capitals is not in the amount of traffic on the streets, nor in the number of parks or museums; it's all in the attitude people have towards their working and living environment. In Bucharest, it's all about concrete, glass, and steel, and mixing them all together to make more and more office buildings, banks and shopping centers covered in huge commercial panels. Romanians couldn't care less about nature and the impact their "epic endeavors" to create a modern city have on the lives of future generations. I've been in London for almost three weeks now, and I never would have thought someone could actually build a road without uprooting the trees that happened to be in the way; the road winded between the trees and was narrower or wider, depending on how close or far the trees were from each other. Houses here don't have big yards or lawns in front of them, but you'd be amazed to see how beautiful these miniature gardens are, how full of color and life. There isn't a single patch of land that goes to waste, and I think this is the most obvious proof of people's respect towards nature. I'm not that familiar with any of the cities to be able to claim that everything is perfect and works like clockwork in London, as opposed to the general dirt and mess in Bucharest. I'd rather speak of what I know for sure. I know Bucharest has little chance to change as long as people don't do anything to make things better. As long as everyone waits for somebody else to do something, you can be sure nothing will change. But, on the other hand, who knows, maybe most people living in Bucharest are happy with their city just as it is. Perhaps that pothole in the road, waiting in traffic for two hours or that obstacle race to avoid the garbage on the sidewalk actually makes the daily trip to work more interesting and exciting and gives you something to talk or complain about when you get back home in the evening. 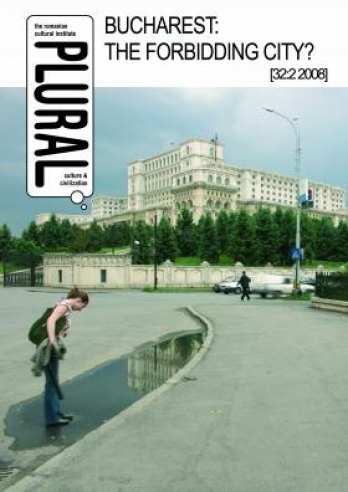