At A Bibliophilist's: Ion Iliescu

Another bibliophilist concerned with theoretical problems related to rare, old book evaluation is Ion Iliescu, Aesthetics professor at the University of Timişoara, the possessor of a rich and valuable collection. Author of many papers on aesthetics (Course of General Aesthetics), he published numerous articles related to bibliophily ("Bibliophilic Research as Specific Investigation," "Bibliophilist Criteria for Patrimony Books," "The Typology of the Bibliophilic and Patrimony Book in Romanian Culture," "The First Edition," "The Concept of Rare Book," etc.) which he reunited in 2001 in an album-book called Bibliophily. Book for the Love of Romanian Books, Mirton Publishing House, Timişoara. In the 1980s and 1990s he supervised remarkable bibliophilist editions of the works of Mihai Eminescu, Alexandru Macedonski, Ion Creangă.The black and white illustrations of the volume Bibliophily are all photos of volumes belonging to the author's great collection of rare, old Romanian books. The collection was completed throughout a period of 60 years and it represents a genuine synthesis of Romanians' book craftsmanship. Professor Ion Iliescu owns numerous first editions that reflect key moments in the history of the publishing house and that of Romanian literature. He gathered together not only books that were printed in our country, but also editions of Romanian writers printed abroad. A rare book of the kind is G. Asachi's volume of Poetry, printed in Iaşi in 1836; another one is the 1825 edition of Descrierea Moldovei – A Description of Moldavia, written by the 18th-century erudite prince, Dimitrie Cantemir, printed at Neamţ Monastery.Valuable editions worth mentioning are the 1828 edition of Ion Heliade Rădulescu's Gramatica românească (Romanian Grammar), Anton Pann's Poezii deosebite sau cântece de lume (Special Poems or Worldly Songs), Alexandru Macedonski's 1937 Poetry. The list of the books attesting the documentary and bibliophilist value of this part of the collection is too long to be summarised in one article. The collector owns not only first editions but also admirable fine paper editions of Romanian writers, among which Tudor Arghezi, Ion Minulescu, Ion Pillat, Camil Petrescu.Some volumes are valuable for the craftsmanship of their leather, silk or velvet bindings. Among the copies that are wonderfully bound, we mention those of a less known writer, Iosif Vulcan (Lira mea – My Lyre, Oradea, 1880), printed on fine paper (three copies of the same book with bindings of three different colours-red, yellow and blue). Many of the volumes collected by Ion Iliescu are precious because of their illustrations signed by artists who worked for Romanian publishing houses (Victor Brauner, Traian Brădean, Emil Chendea). The collector preserves carefully and passionately Lilliputian books, numbered copies, sole exemplars, books with the author's portrait, prohibited, censored books, books with the author's autograph, truffe books (copies with manuscript pages, paper cuts and annotations bound together).An entire universe of the book civilisation and craftsmanship can be found in this private collection, a genuine museum which, together with that of Constantin Pappia's, attests a noble passion for books.I have presented only some examples and I am far from having said everything that is worth saying about these collections preserving works that are representative for the history of printing and binding, for the scope of illustrations and the habitudes in which the volumes were manufactured and circulated, for the decorative style specific to each period, for the kind of literature that the readership fancied in different periods. The very existence of such collections proves refinement and good-taste and it testifies that a civilisation of the book flourished in Romania as well. 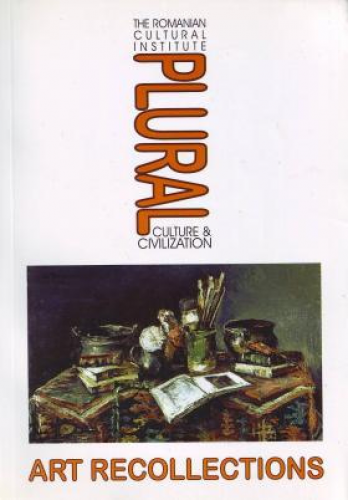