The annual EUNIC Summer Academy (ESA) has already become a tradition and a great opportunity for the young employees of the national institutes for culture members of EUNIC to meet face to face and discuss possible common projects and the future of the network.

The third edition of EUNIC Summer Academy was held on 14-18 June 2010, at the scenic "Brancovan Palaces" Cultural Center in Mogoşoaia, near Bucharest, in Romania. The Academy was organised by the Romanian Cultural Institute with the support of the EUNIC cluster in Bucharest, under the presidency of the Polish Institute. 13 young project managers representing different EUNIC member institutes, working in various clusters, from Stockholm to Tel Aviv and from Paris to New Delhi attended the third edition of the EUNIC Summer Academy. They have been introduced into EUNIC's strategy and direction, discussed about possible scenarios for EUNIC and its increasing range of operations. Working together, they laid the foundation of a new multi-cluster contemporary art project that EUNIC could develop in the near future.

The fourth edition of EUNIC Summer Academy was held in Lisbon, between 5 and 9 June 2011, being organized by the Institute Camões, the theme being "Culture and creative industries." This edition brought together 18 young specialists in cultural management and diplomacy from 9 countries (Portugal, France, Greece, Macau, Austria, Germany, Belgium, Finland, Romania), in order to develop a new potential cultural project developed under EUNIC umbrella.

EUNIC Summer Academy is an excellent opportunity for participants to learn specific information about how the EUNIC members operate, to understand the cultural dynamics and values ​​of this partnership, to exchange impressions about the cultural domain and to initiate enthusiastically projects with new members of EUNIC. 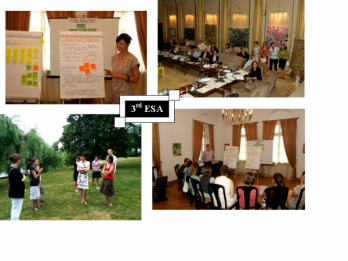 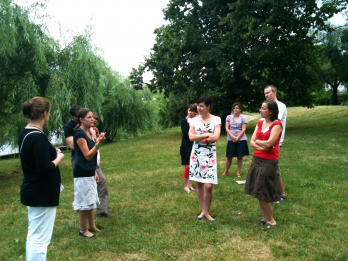 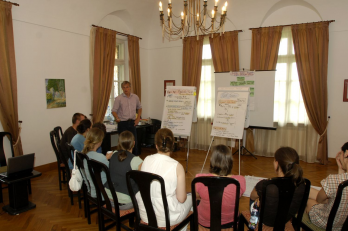 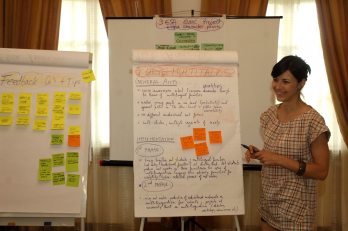 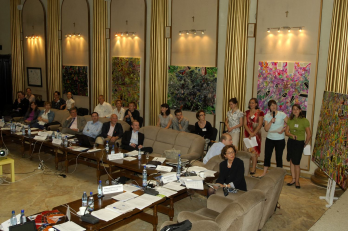