Mihaela Marinescu: Did you know maestro Ionel Perlea before visiting him in New York in 1967?Theodor Grigoriu: No, I didn't, he had left the country a long time before. He was a legend to my generation, like Enescu, like Lipatti. Before my trip to the United States I didn't even know whether he was still alive. A friend I had gone to high school with, Serban Fotino, suggested I should meet Ionel. It was a very impressive meeting, a definitive friendship set in between me and the maestro, despite the age difference. I told him how much his former youth friends admired him, and how wonderfully happy they would be if he accepted to return to this country, as a visitor, or for some concerts. I almost pulled his Variations on My Own Theme out of his hand, which I wanted to publish in Romania. And I managed to do that, with the enthusiastic support of maestro Ion Dumitrescu, the then president of the Composers' Union. The score, which was published extremely fast, was given to him as part of a festive event at the Union, when he became an honorary member of our guild.It was such an impressive moment, that many of our colleagues were crying, because nobody knew about this surprise we had prepared for him. He told everybody that when he was young Enescu and, when he was old, myself persuaded him to pick up the pen and write music. I believe this is an exaggeration, but, if it's real, it means that the gods often use us to be the emissaries of their generosity. M.M.: As far as I know, he conducted your piece Homage to Enescu in one of those concerts.T.G.: Yes, it was an unexpected opportunity of my youth, and he performed it perfectly, in the musical sense. M.M.: What do you think about Perlea's compositions, now at the end of the century, when everybody is reviewing their activity?T.G.: I remember Mircea Eliade asked me the same question in Chicago when I visited him in 1972, two years after Ionel's death. I told him I didn't know all of Ionel's works, but from what I know, there are as good as anything his generation colleagues wrote: Mihail Jora, Mihail Andricu, Martian Negrea, Theodor Rogalski, and so on.If one element was missing from this picture, like in Mendeleyev's table, Perlea was that element. More affable and lyrical than angular, strong Mihail Jora, less sweetened and more intellectual than Martian Negrea – the latter was viewed as a great bard of Transylvanian nature. The solidity of his craft is beyond all debate, his substance is authentic, but his too long absence from this country makes it difficult for his work to return to the patrimony of the Romanian music. M.M.: I know you are his heir on Romanian soil.T.G.: With the very small copyright sums, I initiated the Ionel Perlea conducting award: some of the winners were Cristian Mandeal, Horia Andreescu, and Razvan Cernat. I published his Symphony in C Major, I ordered a few bas-reliefs with his face, and I strove to make his work known as much as possible, as a homage to his warmth and friendship. This small monograph I wrote with you is part of those efforts. M.M.: You are the honorary president of the Ionel Perlea Foundation. What do you wish to achieve there?T.G.: Culture in this country is still suffering, and the lack of funds seems to suffocate any and all initiative. I asked the Romanian UNESCO Committee to include him in the 2000 anniversaries, for the centennial of his birth. The Culture Committee in Slobozia is also trying to honor this son of Romania appropriately.M.M.: Thank you. 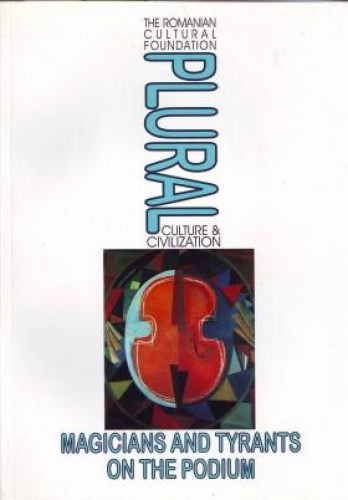