The Romanian Cultural Institute organizes Romanian language, culture and civilization courses in the 12th century citadel of Braşov. The program is organized in collaboration with the Faculty of Letters of Transilvania University in Braşov, Mureşenilor Memorial House and the Corona Local Initiative Group.

A multicultural environment, Braşov (Corona, Kronstadt, Brassó) was renowned not only as an important medieval trade centre, but also as a cultural and academic „fortress". Braşov is the place where the first spark of an anticommunist uprising was lit in November 1987. Now the city has 300.000 inhabitants.

The structure of the program
A. Intensive Romanian language courses The Romanian language courses are based on a flexible curriculum, adapted to the students' needs, combining basic vocabulary and grammar lessons, group and individual activities that aim at developing language proficiency and consolidating grammatical structures and language patterns. The course materials include textbooks, literary and historical texts, folklore, newspaper articles and audio-visual instruments.
Our instructors are native Romanian speakers, university graduates specialized in teaching Romanian. The Romanian Cultural Institute selects experienced lecturers primarily for their professional skills, but also for their friendly attitude, enthusiasm and patience. Some of the instructors also teach at the Transylvania University in Braşov and at the University of Bucharest.
In order to improve the efficiency of the courses, the participants are enrolled in several study groups (8-12 students each), based on an initial language test.
Study levels:
1. Beginner (Elementary) level (A1 and A2) - this level aims at ensuring the acquisition of basic reading, writing and speaking skills; at the end of this program students are expected to be able to understand as well as formulate short sentences relating to basic necessities and forms of polite address.
2. Intermediate level (B1 and B2) - the courses aim at upgrading the acquired knowledge with an emphasis on conversational skills by means of creative activities.
3. Advanced level (C1 and C2) - the students will improve their speaking, reading and writing skills, and will practice their communication skills in more complex situations.

Certificate:
At the end of the program, the students will undergo a written and oral examination assessing their Romanian speaking and writing skills. As a result the Faculty of Letters of Transylvania University – Braşov will provide the participants with certificates of language proficiency and the Romanian Cultural Institute will provide a certificate of attendance.
Schedule: Monday to Friday, between 10:00 am - 2:00 pm (all three levels). A class lasts 50 minutes.
B. Courses in Romanian culture and civilization Lectures, given in English and/or Romanian, cover history, literature, cinema, politics, and journalism in order to develop the participants' knowledge about various aspects of Romanian culture and civilization. Four presentations are given weekly by university professors and researchers from Bucharest and Braşov, professionals with outstanding credentials in their fields of expertise.
Schedule: Mondays and Thursdays, between 3:00 pm and 6:00 pm.

The workshop in creative writing will develop the students' abilities to use Romanian language for the creation of original literary texts. The ball dancing (especially the Romana dance, en vogue with the Braşov families in the second half of the 19th century) will be coordinated and demonstrated by Nermina Damian, chief of professional ballet dancers from Braşov Opera. The workshop on gastronomy will present the world in a "cookbook". The participants will learn about the first Romanian recipe books and how to cook Romanian traditional food. In the handicrafts workshop participants will be coached by artists and will learn clay modeling or beading techniques and will produce traditional objects.
Schedule: Tuesdays and Fridays, between 3:00 pm and 6:00 pm.

E. Cultural and sightseeing program Fieldtrips will be organized during weekends but also on weekdays in the Old City of Braşov, Sibiu, the fortified Saxon fortresses around Braşov and Sibiu (Hărman, Prejmer, Viscri) the Castle of Bran, the Rupea fortress, the Cezar Petrescu Memorial House in Buşteni, the Peleş Complex in Sinaia (Peleş, Pelişor, Foişor), the George Enescu Memorial House in Sinaia and a traditional village. These site visits benefit from the informed comments of young historians, sociologists, and art historians, specialized in researching the region, its history, traditions and the rich socio-cultural and ethnographic milieu existing in this area of Romania. Moreover, contests on historical and anthropological issues will be organized in the Old Fortress and the fortified towers.

Accommodation Depending on the number of participants, the accommodation will be in three stars locations in Braşov in the city center or at a short walking distance from it. Breakfast will be included in the hotel services.

Costs Participation Fee: 1.000 EUR The participation fee covers the following expenses: registration, tuition, workshops, and other additional activities included in the program. The costs for hotel accommodations and meals, trips, entrance fees will be covered by the Romanian Cultural Institute.
Note! The participation fee does not cover the international or internal transport, the entrance visa (if needed) or any other additional hotel services.
The Romanian Cultural Institute does not support any expenses for additional services (such as additional meals, medical insurance, mini-bar, personal phone calls, room service or any other costs). The participants are responsible for purchasing their own international health insurance. The organizers will not cover the costs of hospitalization or other medical services.

Applications The applications will contain:
- the completed application form (downloadable from here)
- a curriculum vitae,
- a copy of the passport,
- a copy confirming the payment of the participation fee.

The deadline for application is June 25, 2010.
Due to the limited number of places, applications should be sent as soon as possible.

Payment conditions:
The total sum for the participation to the program must be received before the deadline for the application. Please write the applicant's name and "The Romanian Cultural Institute" on all the documents relating to bank transfer of funds. All bank charges are the responsibility of the applicant.

Places exempted from participation fee: The Romanian Cultural Institute offers 4 places totally exempted from participation fee and 2 places with 50% exemption. These places are intended for students in Romanian studies departments abroad, and for those who use the Romanian language in their scientific documentation, translation or they are editing works about Romanian culture and civilization.
Students who enroll to the summer courses and fulfill the criteria described before can apply by sending the following supplementary documents (written in English or Romanian):
- a letter of motivation and
- a letter of recommendation from a professor or a person who is familiar with the candidate's professional activity.
The deadline for application for the places exempted from participation fee is June 15, 2010. Applicants should send all application documents by this deadline, including the completed application form, CV and copy of their passports. Applications will be evaluated by a jury comprising 3 persons: a representative of the RCI and two independent evaluators.

Call for application for two grants offered by the British Council The British Council, as an institutional partner of the Romanian Cultural Institute in the Romanian Language, Culture and Civilization Courses – (Braşov, 2010), offers a 2000 euro grant to be used to cover the participation costs for two participants from the United Kingdom.

In order to apply for the grants offered by the British Council, please send the following documents:
- the completed application form (downloadable from here)
- a curriculum vitae
- a copy of the passport
- a letter of motivation in which the applicant should mention that she/he applies for the British Council grants
- a letter of recommendation from a professor or a person who is familiar with the candidate's professional activity.

The deadline for application for the grants is June 15, 2010.
The organizers are open to the participants' suggestions and will be glad to answer any question the participants might have.

General conditions for the participants
The organizers will provide a detailed program of the courses, containing the daily schedule. Any change that may occur will be announced in due time. Each participant has the responsibility to be informed about the structure of the program, the conditions and terms of participation, and any changes that may appear in the program.
In case a participant decides not to attend the courses any further for a serious reason, he/she has the obligation to inform the organizers in writing in due time.

Obligations of the participants:
• to participate in the intensive Romanian language courses
• to attend at least 75% of the conferences in Romanian culture and civilization
• to enroll in two workshops and attend all trips
• each participant pledges to respect the rules established by the organizers, most of all those regarding the academic program


Alumni care ne-au scris / Alumni who wrote to us: 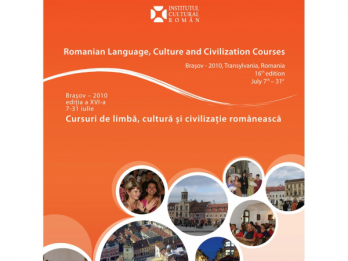 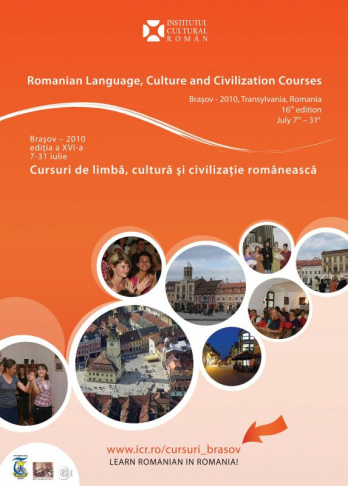 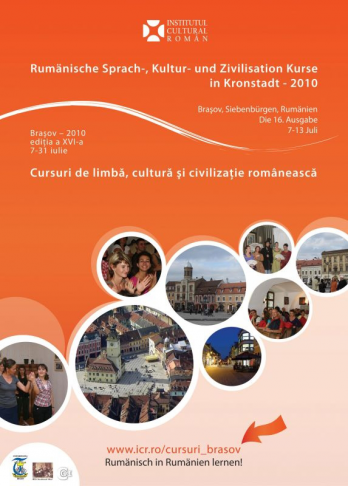 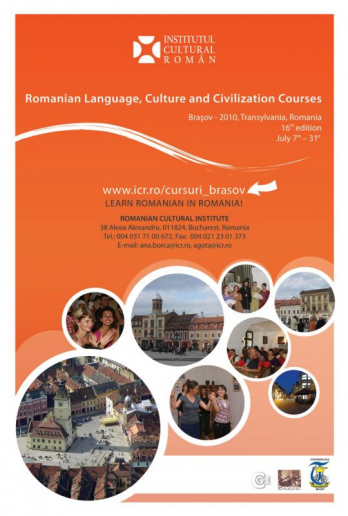 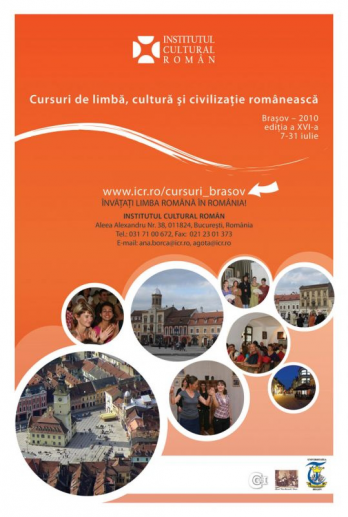 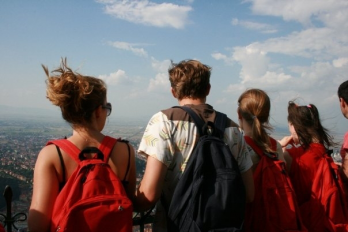 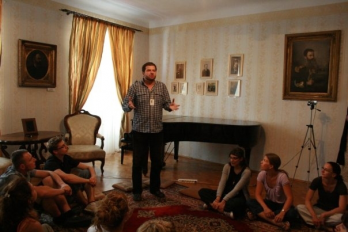 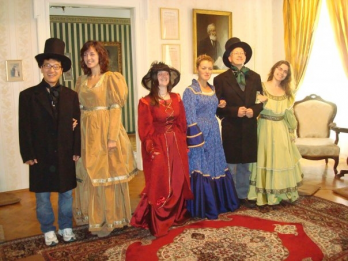 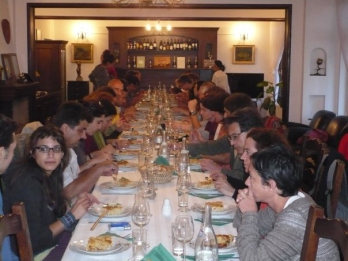 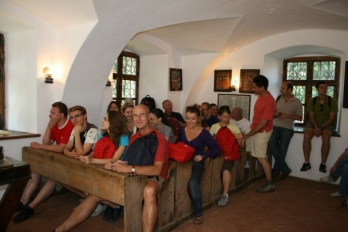 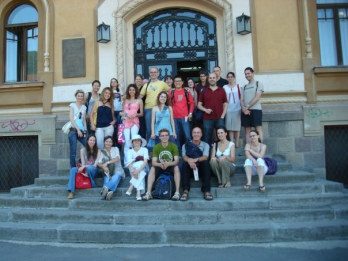 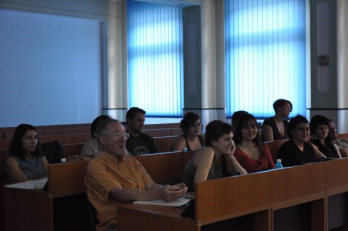 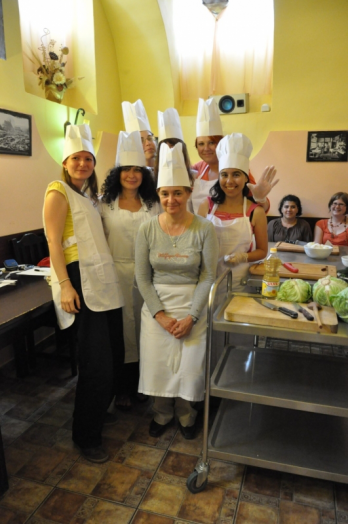 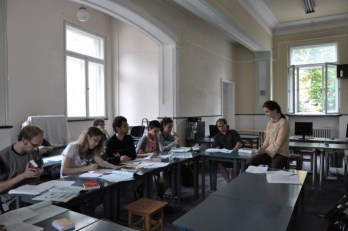 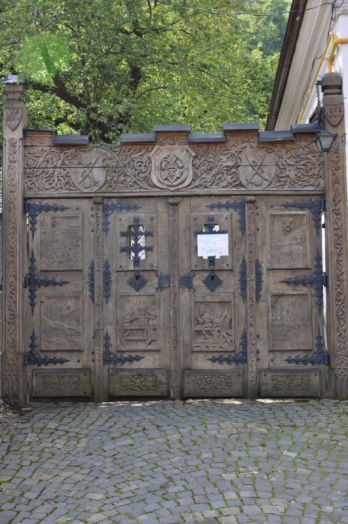 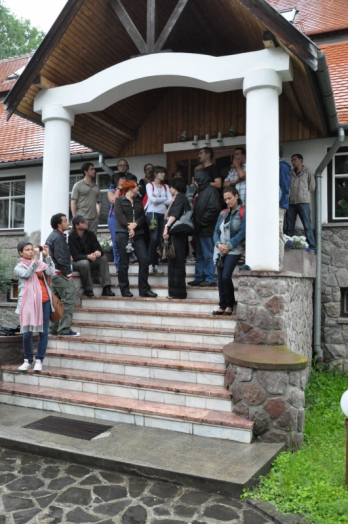 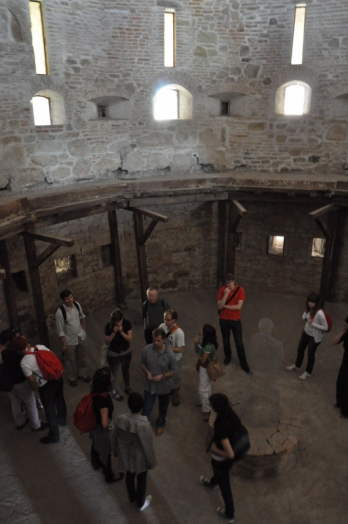 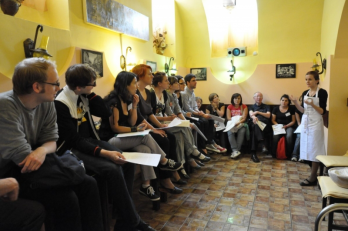 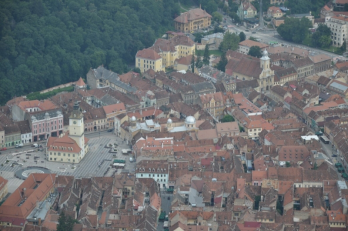 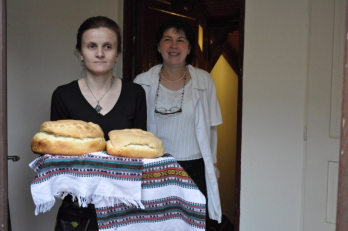 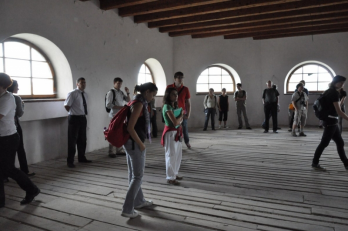 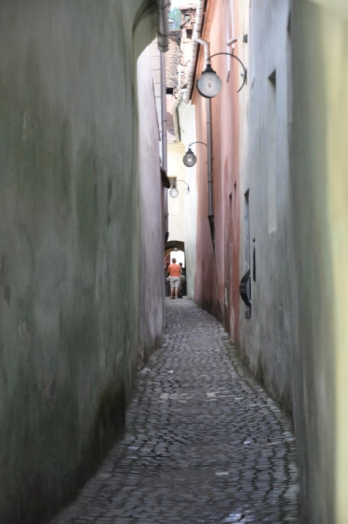